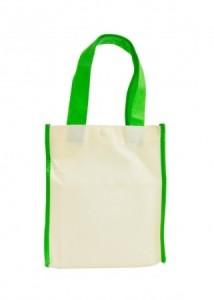 Though there are a few more months left before the ban on plastic bags will be imposed in Santa Fe, the residents of the city are being prepared to be ready for the change that is inevitable. The officials are busy preparing the campaign that they hope to roll out after Christmas.

The Santa Fe City Council, after prolonged deliberations, approved the ban towards the end of August. The ban prevents city stores from providing their customers single-use plastic bags and is expected to offer paper bags instead that cost 10 cents apiece. The law is expected to go into force from the 27th of February from next year. The officials of the city have hired HD Advertising, a local ad firm, to create a logo saying “Bag to Differ” and are hoping that it will make a difference in the way people react to the ban. The firm has been awarded a $10,000 contract to fulfill its obligations that include providing marketing materials and formalizing an effective strategy.

Although the details haven't been finalized yet, the strategy is likely to include standard marketing tactics that deploy letters, emails, news bulletins, radio advertisements and press ads.

Other promotional items like bumper stickers are to be used, according to Fabian Trujillo, who is the director of the Economic Development Division. The strategy will also include online propaganda, either through the city's official website or a new one that is to be specially designed for the cause.

Retailers are expected to display colorful posters prominently, and there will be parking lot signs, urging people to refrain from using plastic bags, and use reusable bags instead. In case customers are not sure about anything related to the campaign, the cashiers can point out the posters, which are self-explanatory, says Nick Schiavo, Public Utilities Director of the city. Schiavo has been working on the concept even while he was Santa Fe's Economic and Housing Development director.

It's Time for Reusable Recycled Bags

It is important for the residents of Santa Fe to realize the importance of saying no to plastic bags and start using reusable recycled bags instead. With increasing awareness about the harmful effects of plastic that adds to the mounting landfills and its undesirable quality of being one of the least biodegradable substances, residents are bound to take the cue and help make Santa Fe a plastic free city in the coming months.