Bring Your Own Bag Project in Savannah to Promote Reusable Bags

Bring Your Own Bag Project in Savannah to Promote Reusable Bags 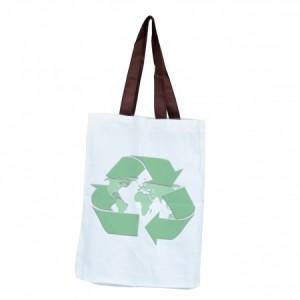 Most residents of Savannah love takeaways and are too used to carrying food whether they are heading home or are out on a picnic. However, they may have to think twice before stepping into a takeaway joint next time as they will have to bring their own bags hereafter. This is to put a stop on the tremendous amount of plastic waste that gets generated daily, adding to the ever increasing mountain of plastic, which is not easily biodegradable.

What Is the Bring Your Own Bag Project About?

The ambitious and thought provoking Bring Your Own Bag Project is the brainchild of Ashley Workman a bartender at Molly McPherson's, who is also an avid Tybee surfer. This is an awareness campaign that encourages residents to bring along their own bag . Undaunted by this seemingly overwhelming task, she has coined the motto “saving the planet, one bag at a time”, which is fast catching on.

Having been in the bar and restaurant scene for over 14 years, she was in close contact with people taking for granted the use of plastic bags, Solo cups and Styrofoam clamshells, which they promptly discarded and forgot all about. Not to be discouraged, Workman works with the closely knit service community in the city that is intent on reducing the usage of plastic bags to protect the environment.

She, along with the other concerned members of the community, hand out reusable bags that have restaurant logos emblazoned, as it serves the dual purpose of preventing use of plastic bags and gives the added advantage of free marketing publicity. She gushes that it is a privilege for her to represent the Hostess City and goes on to quote alarming figures of 12 million gallons of fossil fuels that go towards making plastic bags annually.

What started as a small murmur by a concerned citizen has today burst out into a loud movement that is attracting a lot of attention. What's more is the added incentive offered between December 14 and 22 when customers who come with their own bags are entitled to a discount of 10 percent on all orders at Molly McPherson's, among others like all three locations of B&D Burgers and Congress Street Social Club. Tybee Island's Sting Ray's and Huc-a-Poo's have also taken the cue and joined the movement.

You Need to Bring Your Own Bag

All this boils down to one simple solution that lies in the urgent need for carrying reusable bags, which can help gradually replace plastic bags completely. Most customers unknowingly pay for the plastic bags that they promptly discard. Hence, it makes sense to start taking that extra bit of trouble to remember to carry a reusable bag before setting out from home.