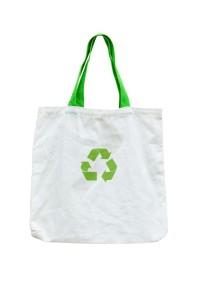 To address the issue of plastic waste management in the Westport region, two fourth graders from the the town spoke to the managing authorities. These children felt that their town should ban plastic bags, and replace them with reusable bags or eco friendly tote bags, so they decided to make a small presentation in front of a group of selected officials.

School Children Concerned About the Environment and Using Tote Bags

The two children, Julia Morledge and Colleen Moore, who supported the plastic bag ban in front of the town officials, are in their fourth grade, and they think that their town wastes a lot of materials that can be recycled. According to these children, the residents in the United States waste close to a billion single-use plastic bags every year. Therefore, all the states, cities, counties, and towns within the country should make efforts to recycle as much as they can.

The Children Suggest the Use of Eco-Friendly Tote Bags

During the meeting with the town officials, these children suggested that the authorities should promote eco friendly totes among the residents, as they are an eco-friendly alternative to single-use plastic bags. The girls stated that the retailers in the region could order cloth bags for their customers, so that the latter could reuse them for several purchases. This would help them save up on costs, and it would reduce their environmental footprint as well.

To make their case stronger in front of the authorities, the children also got a petition signed by 150 local residents. According to this petition, the residents are in favor of reusable bags as well. During the meeting, Morledge stated that many other towns in the surrounding areas have banned plastic bags because of their harmful effects, so their town should follow the example as well.

The response of the officials

The officials were excited to see the enthusiasm among the children and other local residents in the context of the waste management issue, during the meeting. However, they pointed out that the authorities need to follow a certain procedure in order to consider this solution. Nonetheless, the officials stated that they would look into the matter and try to incorporate eco-friendly methods of handling their waste management problems in the coming few months.

In addition to this, the officials were happy to see that schools in the region were educating their students on the benefits of recycling. This is because the officials feel that children need to be taught the importance of recycling from an early age, as that would help in leading eco-friendly lives.