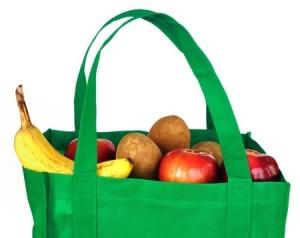 To reduce the harmful effects of plastic bags on the environment and premises of the citizens, the Sioux City Council is contemplating ways to reduce or totally abolish the use of such bags where not required. Many states in the nation have taken towards the plastic bag ban, as the Council aims to improve Sioux City's environment too.

Following the success of the the move in various other cities in other states, the Council has responded to the complaints of many people. It has decided to reduce the use of plastic by either placing a ban on its availability or making it dearer for shoppers. With many revolutionary alternatives available to shoppers, that are easy on their pocket and to the environment, the Council is pushing the citizens to adopt green measures.

The ban would initially be placed on large commercial units and then moved on to the smaller retail outlets. This would give people time to get used to the new rule and allow them to be prepared before the rule impacts their daily shopping routines. Those who wish to use plastic bags, or even paper bags, will have to pay for them. This will, nudge them towards better habits such as carrying their own reusable bags before they leave for shopping.

On both sides of the river, citizens are being approached for their opinion on this move and the alternatives they have in mind. Promotional reusable bags have been a huge success in other parts of the country and are being made available to the citizens of Sioux too. Usage of reusable bags may be touted on a big scale by pointing out that they are a very cost-effective way not only for the shoppers, but also for store keepers. All citizens – storeowners and shoppers alike, will work together in this move to keep streets, fences and trees plastic-free.

Landfills, clogged drain pipes, fences that need to be cleaned everyday – these seem like pesky issues, but when they happen on a large scale, they start getting the attention of one and all. Plastic just ends up getting discarded in an hazardous manner and its effect outlives its utility. Reusable bags will help the city to be free of this problem and shoppers can buy guilt-free without having to pay for carry bags. The beauty of reusable bags is that they are also recyclable. So go ahead and stock a few of them today so you are prepared when the ban is imposed in Sioux.