Solar Power is Now the World's Most Affordable Energy Source

Solar Power is Now the World's Most Affordable Energy Source 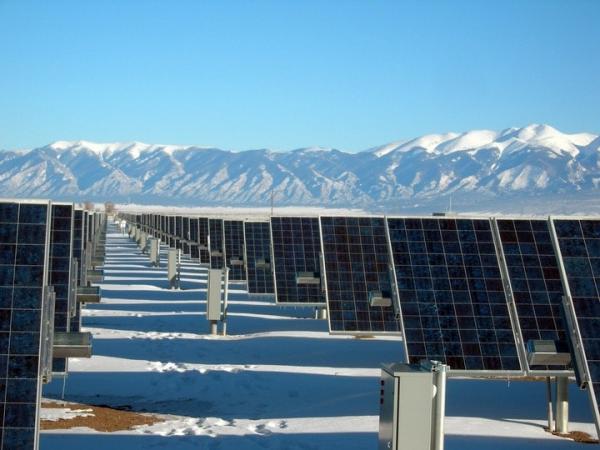 This year has been a hot one for solar power. From Elon Musk's unveiling of SolarCity's stylish solar roofs to Floridians voting in favor of solar-friendly policies, we've seen a lot of positive vibes for solar in 2016. And now, for the first time, solar is becoming the most affordable form of new electricity, more so than wind power.

Solar is booming in the U.S., a record-breaking year, with 4,143 megawatts (or millions watts) of solar generating capacity added in the third quarter of 2016, according to a new report by the Solar Energy Industries Association and GTM Research.

But the U.S. isn't the only country that's benefiting from this solar energy explosion. This is also great news for developing nations that typically do not have the infrastructure in place that developed countries have dedicated to fossil fuels. This means as they build their energy infrastructures, they can start with a renewable option like solar that is not only cleaner but much cheaper.

Compared to wind, solar projects are costing less to build in emerging markets. Bloomberg data reveals the average cost of new wind and solar from 58 emerging-market economies, including China, India, and Brazil. 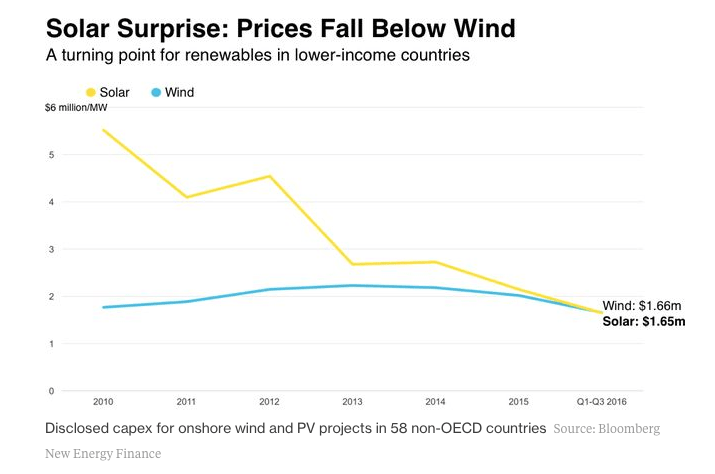 "While solar was bound to fall below wind eventually, given its steeper price declines, few predicted it would happen this soon," according to BloombergTechnology.  It also predicts that a peak in fossil fuel use for electricity could be reached within the next decade.

Ethan Zindler, head of U.S. policy analysis at BNEF, credits China for the increases in solar power investments. “A huge part of this story is China, which has been rapidly deploying solar and helping other countries finance their own projects.”

With so many record breaking moments for solar power in 2016, we're excited to see how solar energy will continue to grow and develop in 2017 and are looking forward to the day when we can say goodbye to those yucky fossil fuels for good.