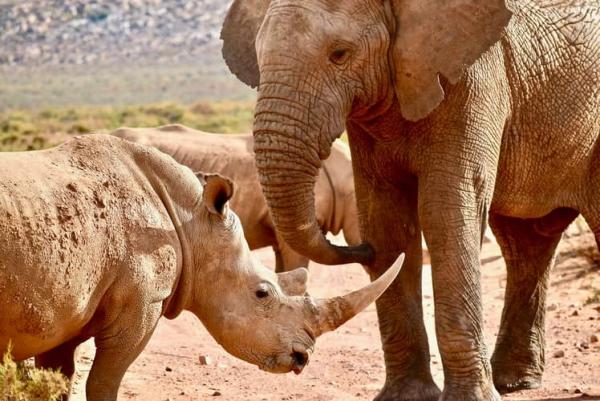 Ten-year-old South African, Hunter Mitchell, is showing the world that you are never too young to do right by the planet.

Hunter's efforts have him earning the International Young Eco-Hero award, given out by the organization Action for Nature. Earlier this year he also won the Eco-Youth Gold award at the Eco-Logic Awards in Cape Town, South Africa.

His mission began on Christmas Day 2015. He had heard about a baby rhinoceros who was abandoned by its mother in the middle of the night. Knowing it would die without help, he anxiously followed the rhino's progress on social media. His next move was raising money. Starting with his own pocket money, he began collecting from family and friends. He even set up a Facebook page for this little baby rhino, named Osita. Along the way he learned more about the poaching crisis and felt compelled to do even more.

"My family has been converted into rhino mad warriors." claims Hunter.

"Keeping rhinos, elephants, lions, pangolins, and so many more animals safe from extinction is going to need warriors, and I will always be one of those warriors. I am only ten and know my journey is just beginning."

Hunter's love of rhinos certainly showed when he visited the Aquila Private Game Reserve where Osita was rescued. It was here that he opened a "rhino orphanage." It was here that conservationist Dan Grobler taught him how to care for rhinos. Hunter helps walk, feed, and cover these animals in a protective layer of mud.

Hunter has made presentations to over 10,000 schoolchildren, locally and in Asia and Australia. He even met with environmentalist Bindi Irwin, daughter of zookeeper, reality TV star, and "Crocodile Hunter" Steve Irwin. He has filmed documentaries and videos he plans to distribute online, and he has organized a major event for World Rhino Day the past two years.