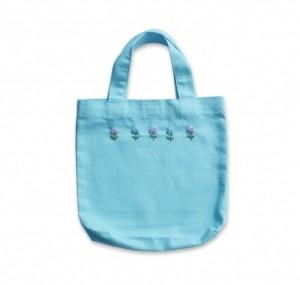 Grocery store owners and food vendors now have a reprieve, thanks to the lifting of the fine that was imposed on the use of plastic bags after the ban. They now have more time left to use up the inventory they already have, and to think of a suitable alternative to reusable bags.

No Fine for Three Months

Though the ban was to take effect from mid-January, the City Council has informed that no fines will be imposed for any violations that take place in the next three months. This is to enable the store and eatery owners to pull up their act and seek suitable alternatives within that time. According to Councilwoman JoAnn Conner, the relaxation on the ban was because they foresaw businesses being affected drastically in case of not being able to comply with such short notice.

Going a step further, at the end of the three-month relaxation period, sometime in April, a review will be conducted to learn how the ordinance is working. Other retail businesses, however, have time until mid-October to comply with the ban on plastic bags. Considering that the volume of usage is a lot higher with grocers and food vendors, the relaxation on the ban is just for three months for them.

Although Conner and Tom Davis were the only two members who opposed the ban, they lost because a majority of three people voted for it, resulting in the ban being approved in October. After the three-month grace period, a second violation will attract a fine of $50, as against the $100 that was originally proposed. The fine proposal was solely opposed by Davis, who said that he was never in favor of imposing fines. However with a majority of 4:1, the proposal sailed through smoothly, much to the dismay of shop owners.

It is going to be business as usual for the shop owners and food vendors for the next three months, giving them breathing space to use up the inventories. However, a permanent solution lies in the use of wholesale reusable bags, which will be not just a better choice, but the only alternative one can think of.

With paper bags proving to be an expensive proposition, the shop owners have no other go but to rely on eco-friendly wholesale reusable bags that will put an end to the practice of ‘use and throw' which obviously is the main culprit contributing to today's environmental woes.

After all, it takes a bit of extra effort on the part of the residents who need to remember to carry reusable bags each time they set out shopping for groceries or for buying takeaways. It is all a matter of getting used to, while doing one's bit towards conserving nature and promoting a greener earth.