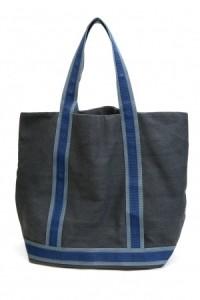 Rhode Island is hoping to go plastic-free from 2015 as the Plastic Waste Reduction Act recently was reintroduced in the state's House of Representatives. This bill was brought out by Rep. Maria Cimini from the D-Providence. The plastic bag ban bill in the state for large retailers by 2015 and the same will be extended to small businesses by January 2016.

Many Efforts Taken to Bring in the Plastic Bag Ban

Before this bill, a similar ban was proposed in the Senate as well as the House during the last legislative session but it did not manage to get the required number of votes. The supporters of the ban feel that the positive impact of plastic bag bans in cities like Seekonk and Barrington will help in convincing the legislators on passing the mandate statewide, said Aanchal Saraf who put in her efforts to pass the bill.

She feels that the use of plastic bags should be banned in the whole state to fix the leaks that are present in the system. Presently, the only state to ban plastic bags is Hawaii, according to the information given by the National Conference of State Legislatures.

The primary organization to campaign in support of this legislation was Environment Rhode Island. Its spokesperson Channing Jones mentioned that the workers of the organization might have knocked on at least ten thousand doors throughout the state since 2012 to educate people about giving up on plastic bags and using cheap totes wholesale instead.

However, the companies of the state are relativity unhappy with this bill as it will directly effect their business. Most companies prefer plastic bags as they are a cheaper option. Organizations such as American Progressive Bag Alliance are also opposing this ban stating that recyclable plastic bags don't harm the environment. But Saraf advocated the ban saying that even biodegradable plastic can prove to be harmful to the environment. She explained that such kind of plastic still releases harmful chemicals which can pollute water.

Shopping with Cheap Totes Wholesale After the Plastic Bag Ban

Plastic has always been said to be one of the most harmful substances for the environment. So it is better that people of Rhode Island give up on it in all forms. For shopping, they can opt for reusable bags like cheap totes wholesale, eco friendly bags, green bags and so on. There are many options available when it comes to choosing reusable bags. The only driving factor is the willingness to use them.