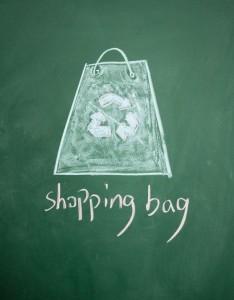 The Board of Commissioners of Thurston County recently voted unanimously on a ban that prohibits the use of thin, one-time use plastic bags in the county. This ban will be applicable in all the unincorporated areas since July 1. The Commissioners approved the very same plastic bag ban which was recently passed by Tumwater City Council. Olympia is also projected to consider this very ban soon.

This new ban in Thurston County will be applicable on all the retailers in the region. But it will mostly impact the supermarkets. Once this ban gets implemented, customers will be required to get their custom reusable shopping bags with them while shopping. In case they don't get it, they can use the paper bags provided by the stores. But they will have to pay 5 cents for every paper bag they use.

Most of the residents who were a part of this public hearing were in support of this ban. There were just two members in the opposition. This made it clear that people are aware of the problems created by plastic bags and are willing to do their bit in saving the environment. Mary Wilkinson from Olympia said that this ordinance is one of the best written solutions available to tackle the problem caused by plastic bags.

Holly Chisa, Northwest Grocery Association representative, said that her group too supports the ban. She also mentioned that in the past her group has tried many things to make people stop using plastic bags. She and her group tried options like signs, recycle bans, notes and so on but nothing seemed to work. But this ordinance looks promising.

The residents of the county are also looking forward to the ban given the way it will help in reducing plastic bag litter. Most of them feel that it is not a big thing to do as all they have to do is take their custom reusable shopping bags while they are out for shopping. This small habit can help in making Thurston County much cleaner.