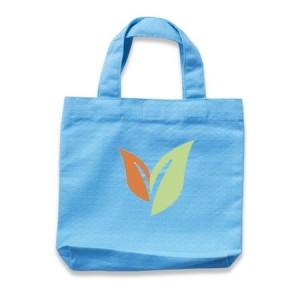 Truckee, California is taking a step towards environmental friendliness with a ban on single use plastic bag and a charge of at least 10 cents on reusable bags provided by stores. As more and more communities around the country are putting some kind of ban on plastic in place, Truckee's initiative is being hailed as a good example.

Day After the Plastic Bag Ban

The first day of Truckee, California's plastic bag ban went well with people being supportive of the initiative that seeks to reduce the town's amount of waste. Residents participated enthusiastically in the drive by bringing along reusable bags or using paper bags being supplied by the stores. The city is also providing free bags initially for people who are still getting used to the system while Safeway and Save Mart is providing free reusable bags to shoppers spending over twenty five dollars in the store. However, these are introductory schemes that won't last more than 90 days.

Plastic in general, and plastic bags in particular have been a huge problem for ecologically conscious people to deal with. Due to their property of not degrading even after scores of years, plastic bags have been filling up landfills and have become eyesores as stray flying pieces of plastics. These are also a danger for animals, including pets, as they tend to ingest these bags and can choke on them.

Various communities all across the country have already instituted such bans and charges on plastic bags have also been quite successful with them. The quality of air and water in the areas have improved and so has the beauty of the landscape. Hopefully, Truckee will serve as an example to other cities in California and around the country.

Getting Used to Wholesale Reusable Bags After the Bag Ban

Getting people to switch to wholesale reusable bags is not such an easy task. The initial enthusiasm generally fizzles out in a few days or weeks and many people find it hard to adjust to the new bags in the long run. Just like any other change, a change in the bags you use can also be difficult to accept. However, as many communities around the country have shown, it is possible to adapt and with each passing day it is becoming even more important to do so in order to give a fighting chance to our environment.