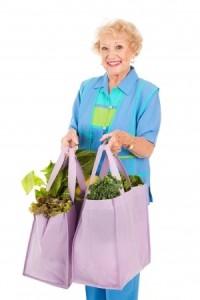 After a long wait, Tuckahoe is likely to go the eco-friendly way by adopting a plastic-free policy. The city is all set to vote on the plastic bag ban proposal. If the proposal gets passed, the retailers operating in the city will be prohibited from supplying plastic bags to their customers.

This proposal was suggested by Trustee Stephen Quigley. He is the only Democrat member in the Board of Trustees of the city. This legislation proposed by him is said to be inspired by another similar law that was passed a few years back in Rye.

What Does the Plastic Bag Ban Hold in Store for Tuckahoe

If the ordinance gets a favorable vote in the next meeting, it will be implemented after six months in the city. So the retailers of the city have enough time till March next year to get used to the bag ban and also to inform their customers about it. In case the retail shop owners fail to go by the ban, code enforcement officers can charge them with fine. If any retailer fails to abide the law for the first time, he will be given a warning. But if he breaks the law again in spite of the warning, he will be subject to a fine of $100 and $250 for the second and third time. For every subsequent charge thereon, he will be implied to pay anywhere around $500. Money that will be collected as fine from businesses will be used for other environmental projects of the city.

Battle Between the Business Owners and Authorities Over Plastic Bag Ban

In spite of the positive contribution that this bag ban is likely to bring on the environment, not many small business owners of the city are happy with it. Many of the businesses are showing their disapproval for the bill. An owner of a restaurant located at Columbus Avenue said that as a businessman he is always in search of ideas that will help him in saving money. He mentioned that plastic bags are a much convenient and cheaper option for him as compared to reusable custom bags. Some of the small business owners even said that government does not have any right to tell them how to conduct their businesses.

They believe that this new bill will have a negative effect on their business and they might end up incurring significant losses.