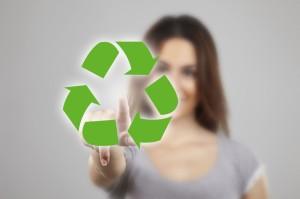 With the start of a new year, the Tyndall Air Force Base representatives are inviting the residents of the surrounding areas to recycle with them. The people residing within the base have been participating in recycling activities for many years. According to the Recycling Coordinator at the base named Robert. S Myers, all the individuals residing at the base need to recycle, as it is mandatory for them. However, in the new year, the base representatives want to actively involve the residents of Panama City, who live outside the base area, in their recycling activities as well.

The Plan Proposed by the Representatives at Tyndall Air Force

According to Myers, the base has many drop-off facilities around the base area. So the individuals who work at the base, but live in surrounding areas can bring in waste from their neighborhood with them and dispose it on the campus. By making these efforts, the residents will help reduce the burden on the waste disposal landfills in the city, and will also save up on money that they spend on disposing their waste. Furthermore, with the recycling activities coming into place, the residents will be able to save the natural resources around them, and will have access to them for a longer period of time.

Myers adds that along with the participation of the residents, the schools and colleges in the vicinity should get their students involved in recycling activities as well. If children learn the value of recycling from an early age, they will be able to develop eco-friendly habits from the start. So recycling will come naturally to them, unlike the present generation.