According to the United Nations the Earth Is Beginning to Die

According to the United Nations the Earth Is Beginning to Die 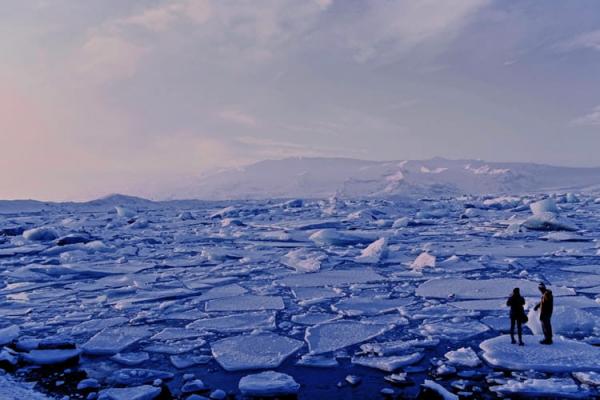 A landmark report from the United Nations' scientific panel on climate change paints a far more dire picture than previously thought. To avoid damages from the immediate consequences of climate change, the world economy must be transformed at a speed and scale that has "no documented historic precedence."

The report was issued on October first by the Intergovernmental Panel on Climate Change. This is a group of scientists convened by the United Nations to guide world leaders. They describe worsening food shortages, wildfires, and mass die-offs of coral reefs as soon as 2040. That's just 22 years! This is a period well within the lifetime of much of the global population!

According to Bill Hare, an author of previous reports, and a physicist with the non-profit organization Climate Analytics, this report "is quite a shock, and quite concerning."

"We were not aware of this just a few years ago." The report was the first to be commissioned by world leaders under the Paris Agreement.

The authors of this year's I.P.C.C report found that if greenhouse gas emissions continue at the current rate, the atmosphere will warm up by as much as 2.7 degrees Fahrenheit (1.5 degrees Celsius) above pre-industrial levels by 2040. This will inundate coastlines, intensifying droughts and poverty. Previous work focused on estimating the damage caused by a 3.6 degree Fahrenheit rise (2 degrees Celsius.) This was the previous threshold considered to cause the most severe effects of climate change.

Avoiding the most serious damage involves just a few years of world economy transformation. Authors estimate this to cost $54 trillion! While they conclude this is technically possible, they recognize that it may be politically unlikely.

Some of the examples given in the report include heavy taxes or prices on carbon dioxide emissions. This could be as high as $27,000 per ton by the year 2100. Such a move would be nearly politically impossible in the United States. The USA happens to be the world's largest economy and second-largest greenhouse emitter, behind China.

World Lawmakers, including China, the European Union, and the state of California, have already enacted carbon pricing programs. Unfortunately, on October seventh, voters in Brazil, the world's seventh-largest greenhouse gas emitter, voters appeared to be voting in a president who, along with the USA, plans to withdraw from the Paris Agreement.

The I.P.C.C report was edited by 91 scientists from 40 different countries. They examined 6,000 scientific studies. The Paris Agreement was where the number 3.6 came from, long considered a threshold for the most severe social and economic damage, but leaders from small island nations who are fearful of rising sea levels asked scientists to look at 2.7.

Many effects once expected only decades in the future will now arrive in the short span of 22 years! "It's telling us we need to reverse emissions trends and turn the world economy on a dime." says Myles Allen, an Oxford University climate scientists and one of the authors.

To prevent warming, greenhouse pollution must lower from where it was in 2010 by 45 percent by 2030, and 100 percent by 2050. By 2050, the use of coal as an electricity source would have to drom from nearly 40 percent today to anywhere between 1 and 7 percent. Renewable sources, such as wind and solar, which currently make up 20 percent of electricity sources, would have to increase as much as 67 percent.

"This report makes it clear," says Duke University climate scientist and fellow report author Drew Shindell. "There is no way to mitigate climate change without getting rid of coal." The World Coal Association disputed this claim. Katie Warwick, interim chief executive, put out a statement claiming forecasts from the International Energy Agency "continue to see a role for coal in the foreseeable future."

Despite the controversial policy implications, the United States, along with 180 other countries, joined together on Saturday to accept this report's summary for policymakers. They did this while walking a fine diplomatic line.

The $54 trillion price tag on the effects of climate change and global warming would grow to $69 trillion if that 3.6 degrees, or more, were reached. However, it does not specify a length of time for these costs.

The report concluded that the world is already halfway to this 2.7 degrees of warming. Human activities have warmed the planet 1.8 degrees Fahrenheit since the 1850s, the beginning of large-scale industrial coal burning, according to report scientists.

The US is not alone in failing to reduce emissions enough. The report also concluded that greenhouse gas reduction pledges made in the Paris Agreement, sadly, won't be enough.  "A price on carbon is central to prompt mitigation." To be effective, such a price would have to range from $135 to $5,500 per ton of carbon dioxide in 2030, and from $690 to $27,000 by 2100.

By comparison, under Obama, in the United States, it was estimated at $50 per ton, and that price was lowered to $7 per ton when Trump took office.

The report also details economic damage, should governments fail to comply. The United States could lose roughly 1.2 percent of gross domestic product for every 1.8 degrees of warming.

In addition, the USA, Bangladesh, China, Egypt, India, Indonesia, Japan, the Philippines, and Vietnam are home to 50 million people who will see the effects of increased coastal flooding by 2040. "In some parts of the world, national borders will become irrelevant," says author Aromar Revi, director of the Indian Institute for Human Settlements. "You can set up a wall to try to contain 10,000 and 20,000 and 1 million people, but not 10 million."

The report does contain a silver lining. The world could overshoot the target, heat up by more than 3.6 degrees, and through reduced emissions and carbon capture technology, come back down to under 2.7 degree threshold. This is a mixed blessing, however, as some damage would be irreversible. All the coral reefs would die, but sea ice would return once Earth cooled back down.

"For governments, the idea of overshooting the target but then coming back to it is attractive because then they don't have to make such rapid changes, " says Dr. Shindell. "But it has a lot of disadvantages."

What Can I Do?

By reducing the amount of trash we make, we can help keep the earth clean. This reduces the amount of methane released into the atmosphere. Methane is 23 times stronger than CO2 according to the Sharp brand Solar Academy. Custom Earth Promos is here to help. With products such as reusable bags, reusable bottles, and recycled umbrellas, they make sure you are reducing, reusing, and recycling.