Organic Milk Sales Increase in the US

Organic Milk Sales Increase in the US 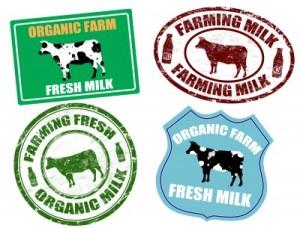 Despite the economic troubles that have been prevailing in the country, the organic milk industry has been booming, especially in the recent years. In comparison to 2009, when organic milk companies were selling an average of 130m pounds of milk every month, at present these companies are selling an impressive 190m pounds of milk each month. These sales have risen by an overwhelming 50 percent rate in a span of only 2 years, and the organic milk industry feels that in the near future, more and more people will opt for their products.

The Economic Benefits of Organic Farming and Organic Milk

To promote organic lifestyles, the UCS or The Union of Concerned Scientists highlighted the positive effects of organic milk industry on the US economy. The UCS submitted a report that states the statistical growth of this sector and the need to promote it as well. The organization feels that the organic milk industry can be used as an ancillary industry to promote many other organic food products. At present, this industry has an annual revenue of $750m, and with a little help from the government, it can raise its revenue even higher.

The Need to Promote Organic Farming and Organic Milk

The present FMMO or Federal Milk Marketing Order's policies in the US don't help organic farmers to a large extent. These FMMO policies benefit farmers who convert their milk into dairy products, more than organic farmers, who sell most of their milk in its natural form. So organic farmers incur higher costs, as they spend a considerable amount of money on pasture and organic cattle feed for their cows. So, the government needs to amend its policies to try and propagate organic farming among farmers, by reducing their economic burden.

When it comes to amendments in governmental policies, the officials always keep eco friendly promotional items and organic products on the back seat. This is because the organic industry is not as well established as the other ones. So reforming policies to support this industry would mean that the government needs to invest money on it and wait for it to establish itself in the economy. Agencies like UCS recognize that the government takes very few steps to promote the organic sector. Since this sector can help and stabilize the rural economy in many states within the US, the UCS encourages organic producers to try and sustain their industry, so eventually they can seek for governmental support.