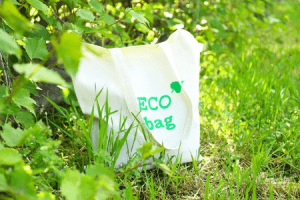 Many towns in the Suffolk County are adopting green measures to improve the environment and to protect plants as well as animals from the bane of thin plastics. Many officials remember the days before plastic was introduced on such a large scale. Before the 1980s, there was hardly any usage of plastic but now, more than 90 percent of the plastics being used are thin, can only be used once and cost billions of dollars in manufacture.

Southampton Village and East Hampton have successfully implemented plastic banning laws. Southold would like to do the same but many people are a little worried about the impact this change will cause in their daily lives, such as change in costs and convenience. Riverhead, another county in Suffolk, is unlikely to get such a ban in place and has already lured away many customers with “big box shops” which have increased worries for Southold.

If the proposed ban is implemented in Southold, shopkeepers will see an increase in the price of shopping bags by more than 200 percent and cause an inconvenience for shoppers because they may not be happy to pay extra for shopping bags.

75 percent of the people of the county are interested in implementing this ban, though, and are hopeful that the state government can help them in some ways. The rest are worried about the increase in costs and inconveniences and a small percentage of people are not really bothered about these plans. With a majority of the crowd supporting the ban, the county's environmentalists hope the ban will be a reality soon and promo shopping bags will be used on a large scale basis.

Counties that have already implemented the bans have advised Southold way in which they too can make the move a success with no hiccups. Giving customers time to use up the existing plastic bags, buying a couple of reusable shopping bags and offering discounts and credits to people who embrace these green moves are some of the suggestions.

Many companies and small-scale manufacturers are producing promo shopping bags that can be washed, recycled and used for a very, very long time. They are trendy to look at and can carry a substantial amount of weight, making them ideal for all kinds of shoppers. People of Southold are encouraged to use such bags on a gradual basis.