Victoria Bowness: The Woman Who Traded Manchester for the Outback

Victoria Bowness: The Woman Who Traded Manchester for the Outback 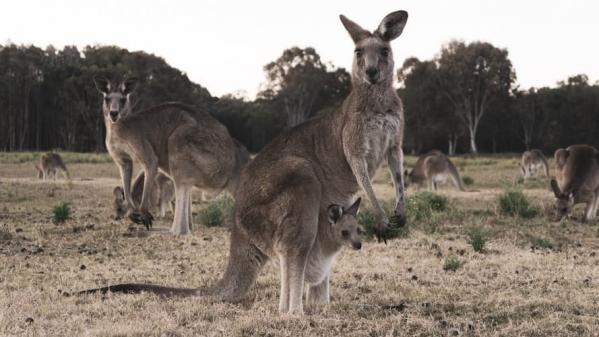 Victoria Bowness is originally from Macclesfield, near Manchester, England, but this British mother of one now lives on a mountain in the outback. She reveals how she turned her back on her life in England to live off the grid with her 27-year-old Australian partner Johnny Clapham.

The 35-year-old has swapped her modern city house for a simple dome on a 120-acre plot. It is a two hour journey for groceries, and she is almost four hours away from the nearest city of Brisbane, Australia.

The family uses no taps and has no electricity bill. Victoria purifies water for washing in, and all of their power comes from solar energy.

In her early twenties, Victoria lived in the fashionable neighborhood of Manchester's Northern Quarter. She worked in a successful marketing firm. She says that she was always desperate to escape the fast-paced lifestyle for something more relaxed, becoming more eco-friendly and environmentally conscious in the process.
Become more eco-friendly and environmentally conscious by purchasing from Custom Earth Promos.

Speaking to the Manchester Evening News,

"For as long as I can remember, I always wanted to know what was beyond where I was—I was always looking for something more."

After losing her mom when she was 24, Victoria was motivated to live "life to the fullest." Three years later, she moved to Australia. It was there, in Sydney, that she met Johnny, a landscape gardener. They had plans to settle down together when Victoria became pregnant six months into their relationship.

The cost of housing in Sydney was at an all-time high at the time. The couple knew they'd need an alternative. When Victoria gave birth to their daughter, Anaya, 14 months ago, the family decided it was time to leave the city. With "nothing left to lose," they began to look for a plot of land far from the "urban sprawl." Eventually, they came across space in the middle of a mountain. It was three-and-a-half hours away from the nearest city and a full ten minutes away from their neighbors.

"Most people come out here when they need a break, it's space for the weekend. We didn't want a life that we needed space from. We wanted to live together as a family."

With no traffic, and without the hustle and bustle of a big crowd, Victoria notes that the only noises are from their "kangaroo neighbors," among deer and other wild animals. Rather than going shopping, or ordering take-out and spending the night watching tv, they spend their time in this quiet environment sitting together, walking, and talking.

Despite their off the grid living, the pair are connected to a 4G network. This allows them to keep in touch with friends and family. It is very useful for Victoria, who is a small business consultant and advises small business on how to best target their audience.

"My job lends itself to this lifestyle. We want to inspire people as well. You don't have to go into an office. With the internet, you can work anywhere in the world."

Johnny spends his time renovating the house and surrounding land, but the couple plan to open a business together.
Renovate your own land by including seed paper whenever you plant.

Despite not having all of the comforts of the modern world, Anaya is "happy and thriving."

"She's never been ill. I just want to show her you can have a fulfilling life."