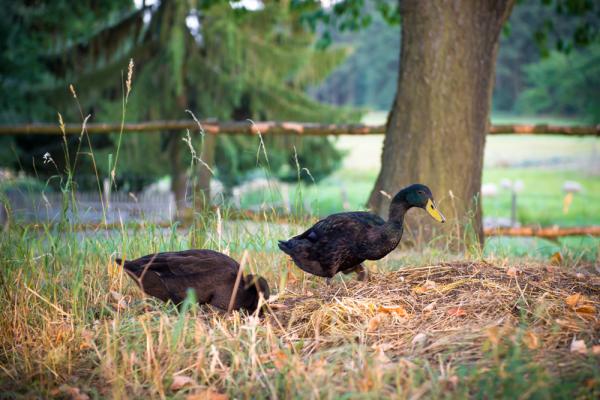 What do wine and ducks and pesticides have in common? Up until now, you might struggle to find any correlation between the two, but a South African vineyard has brought in an army of ducks to help control snails and pests that are responsible for attacking the wine maker's prized grapes. More than a thousand ducks are released twice a day through the vineyard to go over the land, guided by a herder. This isn't as crazy as it may sound. One of the biggest problems with the farming industry (the wine making industry included) has been the unapologetic use of pesticides to maintain crops. Not only are the chemical laden pesticides bad for the crops, they're especially bad for the environment and cause a multitude of problems, especially when used over a long period of time.

The vineyard has been so enthused by the results its ducks have produced, they have gone on to create a wine named after them. Thanks to the ducks, the vineyard has almost completely ceased using pesticides, and plans on sticking with their feathered friends for the foreseeable future. While this method may seem unconventional, you can't argue with results. It's refreshing to see a farm be so creative in helping to keep the earth green, and hopefully farmers will take the suggestion, even if it's not employing their own army of ducks. It's truly amazing how easily a problem can be solved using a little creativity and thinking outside the box, which makes you wonder how many other environmental issues could be solved in a similar way. According to reviews from sommeliers, the wine that the vineyard has been producing since it started using ducks has never been better, and that is something I can definitely raise a glass to.