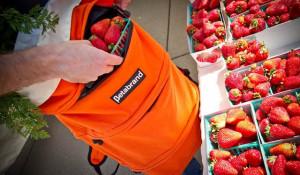 In order to improve the recycling program within the city, the Public Works Department in Wauwatosa is organizing a pilot program. This program is going to address the waste management issues in the city. At present, Wauwatosa city officials are trying to improve their recycling rates, and they want to transfer approximately 250 more tons of waste in their recycling centers from the landfills. So they are organizing this pilot program to discuss the details of the city's recycling goal for 2013.

A Pilot Program to Increase Recycling With Promotional Reusable Bags

The city officials in Wauwatosa are organizing this pilot program in order to address their recycling goals for 2013. They intend on transferring 250 tons of additional waste into the recycling centers this year. The authorities are particular about making this change, as every time they save a ton of waste, they make $40 and save approximately $60. So transferring a ton of waste to the recycling centers helps the authorities earn close to $100.

In the present recycling system of the city, the Public Works Department is responsible for collecting recycling material and refuse. The refuse is handled with the help of an automated equipment, while the recycling materials are collected with the help of loading trucks. During the 2-week pilot program, the authorities are going to try and use automated trucks to collect both the refuse and the recycling waste. So, all the waste will be collected in a single vehicle, making the collection process easier, and helping the authorities recycle the waste faster as well.

Apart from changing the present recycling system, the city officials in Wauwatosa are encouraging the residents to use promotional reusable bags. The officials feel that with the increase in the number of reusable bags, the city will be able to divert a lot of plastic waste from the landfills. This is because single-use plastic bags are a major pollutant in landfills, so if they are replaced with reusable bags, the plastic waste in the landfills will decrease drastically.