Why Using Recycled Bags is the Best Option for California

Why Using Recycled Bags is the Best Option for California 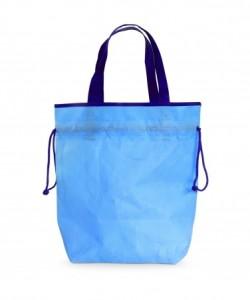 California has been facing the problem of single-use plastic bags ending up in the ocean and landfills. Some cities have passed regulations restricting the use of these bags, but there still remains a lot to be done if California has to be a clean and green state in the true sense.

Implementing the Ban on the Whole State

Davis city has recently voted to ban single-use plastic ban and the city of Sacramento is about to follow suit soon. As more and more Californian cities move forward in joining the anti single-use plastic bag brigand, there is a growing need to look at the laws and the problem in implementation of the same.

Shoppers in Davis are encouraged to bring their own reusable bags and those who don't bring their own bags and ask stores for bags, are charged ten cents for each recycled bag made of paper or a plastic reusable bag. Businesses failing to adhere to regulations are fined. Davis city went ahead with this bill on its own after waiting for quite some time for a statewide bill to be passed.

Studies suggest that Californians use almost 20 billion plastic bags annually. Out of this, only 5% are recycled. Millions of dollars are spent to clean up the litter and many plastic bags end up in the ocean, harming precious marine life. Just as the problem is statewide, the solution should also be for the whole state, instead of separate regulations for individual cities.

Phasing out plastic bags is good for the environment as well as for the economy as it could provide a bigger market for better quality recycled bags. Banning single use plastic bags and emphasizing usage of reusable bags will help cut down on environmental pollution and recycling costs. A statewide law encompassing all cities will be a better option than bans in single cities.

The regulation of replacing single-use plastic bags with recycled bags must be adopted in a smart manner. At present, California spends about twenty five million dollars annually to dump discarded plastic bags in landfills. These bags also end up in streams as well as oceans and pollute coastal regions.

Using recycled bags would mean that this money could be used for other important causes which benefit the public. After all it is taxpayers' money and should be used for them in an appropriate manner instead of being spent on cleaning up litter. Recycled bags can be the perfect solution to this problem.