The US Food Waste Issue Addressed on World Environment Day

The US Food Waste Issue Addressed on World Environment Day 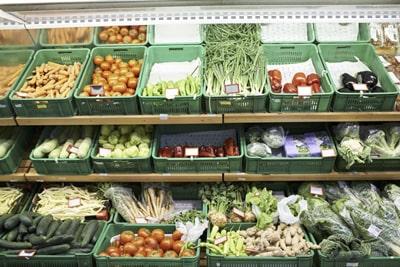 The Environment Protection Agency (EPA) and the United States Department of Agriculture have undertaken a joint venture in the reduction of food waste on the occasion of World Environment day which fell on the 5th of June this year. The agencies launched a Food Waste challenge throughout the US as they aim to reduce the amount of food waste in the country.

The Department of Agriculture's Aim This World Environment Day

According to a survey by the UN Environment programme, about thirty percent of food produced in the United States isn't consumed at all. This percentage is distributed across all layers of the food production process, ranging from the farmer who cultivates the food crops to the garbage man who picks up waste from the food chain. It is estimated that about 222 million tons of food goes to waste in the richest countries of the world. Ironically, this is the same amount of food produced in the sub-Saharan region of Africa.

This joint exercise brought awareness among the public about the amount of food that goes to waste and what could be done. It planned to educate people about the best methods to reduce such losses. It also told people how to recover and recycle their food. They plan to inculcate these practices across the entire food chain. Producers of food, processors, retail stores, restaurants, food chains, agencies, NGOs and anyone else could participate in this challenge, which aims to put an end to this practice of wasting food.

We have already seen the ill-effects of an uneven distribution of wealth throughout the world. In a few years the situation will be the same with food if we don't put our foot down now and take efforts to curb the practice of food wastage. This is exactly what this joint exercise was aimed at and every such exercise will lead to the reduction of wastage.

According to several researches, our population increases exponentially whereas our resources don't increase. So naturally a number of things which are abundant now will become scarce in the future. These include water, air, food, accommodation, and education among many other resources. Everything which is a basic need today will become a luxury in the future. A number of steps are being taken to avoid such a situation. Conservation of eco friendly promotional items is also one such step. This challenge is a step ahead in the right direction.