If Leonardo DiCaprio's New Doc Doesn't Make You Care About Climate Change, Nothing Will

If Leonardo DiCaprio's New Doc Doesn't Make You Care About Climate Change, Nothing Will 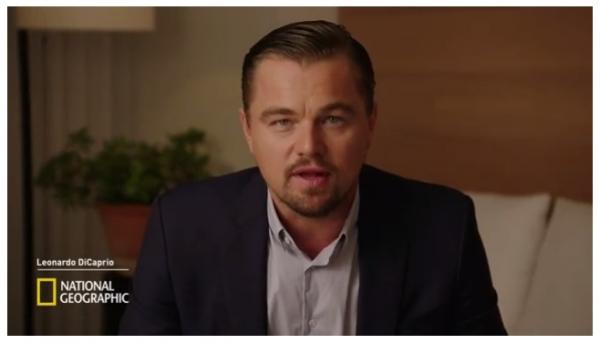 At the beginning of the year, Leonardo DiCaprio captured the attention of viewers worldwide when he used his Oscar-winning speech to speak out on climate change. His foundation recently raised significant funding for earth-friendly endeavors and he teamed up with fellow actor, Mark Ruffalo this year on a renewable resource campaign. But Leo's mission to educate people on the urgent matter of climate change just got a whole lot bigger.

“Climate Change is an Issue That Affects All of Us.”

He had the opportunity to speak to scientists, world leaders, and activists on the urgency of this issue. The film will air globally in 45 languages, 171 countries, and commercial free on October 30.

Leo and director, Fisher Stevens, set out to create a film that would educate people on the urgent issues of climate change and inspire them to be part of a solution. “We are knowingly doing this. I just want to know how far we've gone,” Leo says in the film. “How much damage we've done. And if there's anything we can do to stop it.” In the documentary, Leo travels to some of the regions where climate change has hit hardest like Greenland and the world's dying coral reefs.

The film features appearances from President Barack Obama, John Kerry, Elon Musk and Pope Francis, along with many of the world's leading climate scientists and researchers.

The National Geographic is making “Before the Flood” available for free, so don't miss your chance to tune in for the world premiere on October 30. The network will have a free stream of the film up from this date through to Nov. 6 on its website, Facebook, Twitter and across streaming services.