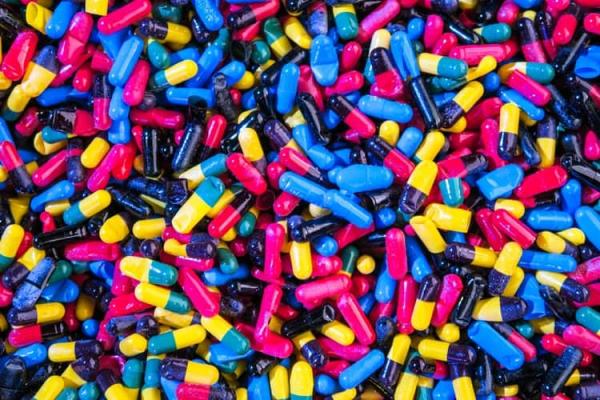 Here at Custom Earth Promos, we like to find the most interesting environmental news we can. We believe that if it interests us, it will interest our readers, and we do our best to keep our audience entertained. A few days ago, when we came across an article about how cocaine isn't eco-friendly, we just had to share what we called "...the strangest way to save the environment we've ever seen". Now, in what may be even stranger news, it seems that even the black market is doing their best to go green as eco-friendly drug dealers are selling Class A (Schedule II) drugs in reusable containers for environmentally concerned customers.

Cocaine was used by an estimated 875,000 people in 2017—2018, according to the latest crime survey for England and Wales. This is the highest number in a decade and a 15% year-on-year rise!

Dealers have traditionally used small plastic bags, lottery tickets, grease proof paper, or cling film when handing off their packages. Some have switched, however, to using plastic pods (microcentrifuge tubes) that they can return and refill.

A cocaine user in Birmingham, England, told Metro.co.uk that he thought his dealer was joking when he handed him the cone-shaped vial.

"I was given a gram of cocaine in this plastic pod thing and my dealer said they were not serving up in plastic ziploc bags or wraps anymore. He said that I could bring it back if I wanted to and he would refill it and that it would be better for the environment. I thought he was joking but he was serious, he reckoned they used so many plastic baggies and paper and a reusable container would be easier than wrapping up individual wraps. I told him I was not bothered about the environment and surely cocaine itself can't be that eco-friendly but he reckoned he had a load of hipster customers and they loved it."

Another user backed the idea, stating:

"The amount of plastic bags and paper that must have been wasted with wraps of drugs before must have been so bad for the environment so these reusable plastic things can only be good."

Unfortunately, it is unlikely to balance out the damage done during cocaine production.

A study conducted in 2011 by the State University of New York found that growing and producing the drug has contributed to major deforestation in Columbia.

"In southern Columbia we found geographically that there is just more probability of losing the forest close to cocoa cultivation. And the more cocoa around you, the more forest you're likely to lose, the sheer amount of cocoa in the vicinity has an effect."

In July of last year, Metropolitan Police Service Commissioner Cressida Dick targeted certain middle class drug users. These people worry about the environment, yet see "no harm" in doing cocaine. She accused them of being "hypocritical" and stated that they are "fueling" the drug trade.