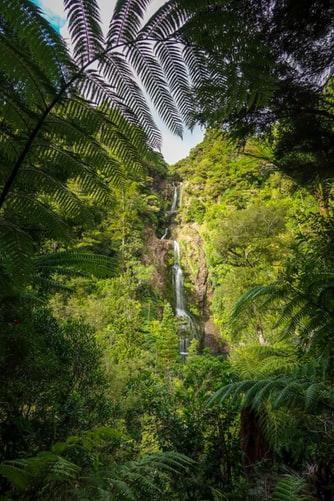 It has now gone viral that Brazil's rainforest is burning to bits. Last week, Custom Earth Promos brought you good news about biodiversity, writing about how Wales is trying to bring the fish back to Aberyswyth. Unfortunately, a loss of the Amazon Rainforest means a loss of some of the largest land biodiversity anywhere on the planet.

If this scares, saddens, angers, or moves you in any way, you may be able to help. But, can you save the rainforest from your desk? A spike in downloads for a search engine that's contributing profits to planting trees shows that people are looking for ways to help as the fires rage.

Experts say that while these efforts won't hurt, there are better ways to contribute.

Ecosia, the aforementioned search engine, founded in 2009, works with about 20 tree-planting organizations around the world. They hope to have a billion trees planted by 2020. The company, based in Berlin, Germany, has pledged to plant an additional 2 million trees in Brazil in response to the fires.

Using Microsoft Bing's search engine technology, Ecosia sells ads, like many other tech companies. But, instead of awarding shareholders, the company claims to use 80% of the profits for tree-planting efforts and only keeps a small portion for itself. They estimate 1 tree can be planted for every 45 searches.

Other companies, and even celebrities, are taking action in response to this crisis. Apple has pledged aid, although they didn't release many details. Leonardo DiCaprio's foundation has pledged $5 million dollars.

Can the average person, however, help simply by switching search engines or supporting specific companies?
You can help by switching to recycled paper and bamboo bags instead of single-use plastic.

While switching to Ecosia "might make a difference" and requires little effort, the best way to help the rainforest is to give directly to a charity that specializes in a cause and spends donations wisely. This advice comes from Pace University marketing professor Larry Chiagouris.

Art Markman, professor of psychology and marketing at the University of Texas, stated that disaster relief tends to be reactive, driven by the news cycle. Charitable organizations can capitalize on this by making it easy to donate.

"Generally speaking, doing something is better than doing nothing. We tend to do things that are easy."

Nonprofit B Lab has certified Ecosia as a for-profit company with a social mission. Ecosia's bigger goal is to combat climate change. It works with groups such as The Nature Conservancy and Eden Reforestation Projects. These groups are both nonprofits.

Although Ecosia can be accessed from any standard web browser, you can download an extension to make it your default search engine. There is also an app for iPhones, iPads, and Android.

Since the flames began, Ecosia has seen a tenfold spike in both app and extension spikes. This has gone up to 250,000 a day! Much of it is from the US, Brazil, Latin America, Canada, and Europe. They've also seen 100 million searches a week. The company has said that this is a huge increase but not by how much. The spike has come via word-of-mouth on social media and media reports.

"We're very sad about what's happening, but at the same time we're really overwhelmed by all of the positive energy from people coming our way who want to do something."