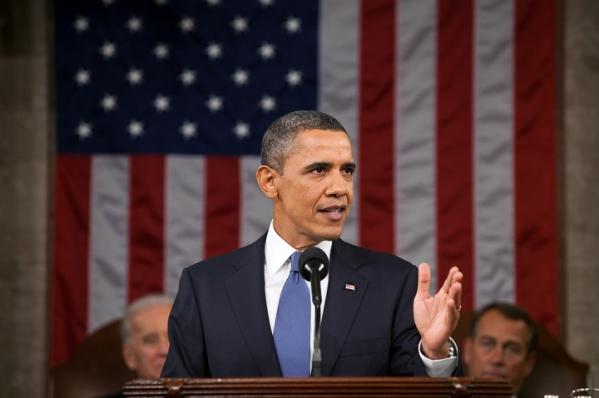 "Environmentalism is not an upper-income issue, it's not a white issue, it's not a black issue, it's not a South or a North or an East or a West issue. It's an issue that all of us have a stake in," Obama shouted back in 2004 at the League of Conservation Voters. “And if I can do anything to make sure that not just my daughter but every child in America has green pastures to run in and clean air to breathe and clean water to swim in, then that is something I'm going to work my hardest to make happen.”

People may not realize it but Obama came into office as an environmental crusader. In fact, Obama's environmental activism can be traced back to his undergrad days at Columbia University, during which he tried to convince students in Harlem to recycle. When he became the state senate of Illinois in 1996, he also became a leader on environmental and public-health issues.

But perhaps Obama's most impactful environmental moments have occurred while he's been in office.

Back in September of last year, Obama formally signed the U.S. up to the Paris Agreement, with the goal of cutting global emissions and limiting the impacts of climate change.

2. Protected Millions of Acres of Wilderness

In addition to signing the Paris Agreement, Obama also signed into law the Omnibus Public Land Management Act of 2009 to protect more than 1,000 miles of rivers and thousands of miles of trails for the National Trails System. It also authorized the 26 million-acre National Landscape Conservation System within the Department of the Interior.

3. Banned Oil-Drilling in the Arctic

With chunks of polar ice twice the size of Alaska melting in record heat, Obama's banning of oil drilling in the Arctic couldn't have come at a better time.

"These actions, and Canada's parallel actions, protect a sensitive and unique ecosystem that is unlike any other region on earth," Obama said in a statement in December 2016.

In coordinating with Canadian Prime Minister Justin Trudeau on this action, Obama moved to solidify his environmental legacy.

Obama's time in the White House might be coming to an end but one thing's for sure, during his Presidency, he stayed true to his slogan, “change,” at least in his commitment to protecting the environment and tackling climate change.