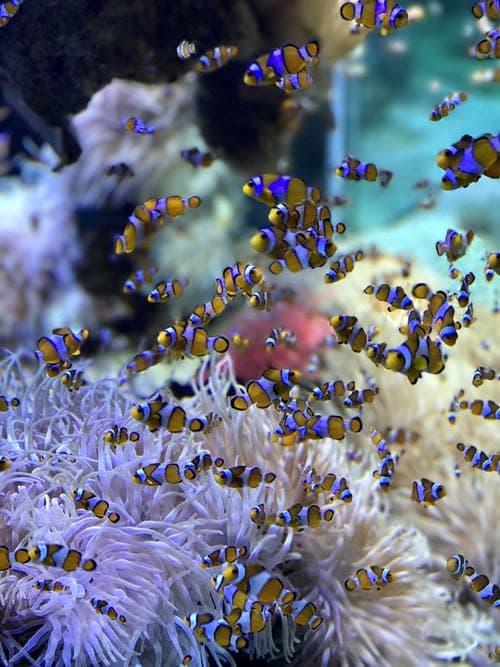 Earlier this year, when more than 50 chefs from British Colombia put their names to a letter calling on the B.C. government not to renew 20 salmon farm leases, one name was obviously missing--Ned Bell's

If any chef in B.C. can be called a sustainable seafood advocate, it's Ned Bell. The celebrity chef is the official ambassador for the Vancouver Aquarium's Ocean Wise program, and the author of Lure, a cookbook based around sustainable seafood from Canada's west coast.

Open-net fish farming is a highly polarized issue within the conservation world. Unlike his peers, Bell believes that fish farming, including open-net farms, is becoming an increasingly important source of sustainable seafood.

"If you live on the south coast of this province, and if you want to talk about farmed fish, get ready for an environmental crusade that's going to come knocking on your door in a real hurry," he said.

I honestly think we've done a disservice to probably the most sustainable opportunity for protein consumption, which is farmed fish, and also the healthiest.

Would I cook it? Absolutely. Do I put it on my menu? Currently, no, because it's not Ocean Wise recommended.

The chef splits his time between his roles. He is the culinary director of the Vancouver Club, and he is the executive chef and ambassador for Ocean Wise. He recognizes that seafood eco-labeling has some problems, among them--fraud and mislabeling.

The four certification or rating programs Bell uses as a sustainable seafood guide are the Marine Stewardship Council, Ocean Wise, SeaChoice, and the Monterey Bay Aquarium's Seafood Watch. The Marine Stewardship Council's chain-of-custody is one of the reason's Bell trusts this label. It avoids the kind of mislabeling that can happen in restaurants. Bell also points out that MSC only covers some of the world's largest fisheries. He relies on the other recommendation programs to cover the gaps.

These programs, however, sometimes disagree with each other. Fish farming is one such area.

Open-net farmed salmon remains on the "do not eat" list of some guides, such as Ocean Wise's, but Bell notes that fish farming will have an increasingly important role to play. In some cases, it may be better to eat fish raised in the ocean than to eat wild, overfished fish.

The reality is we need aquaculture. There's not going to be more fish in the ocean unless we lay off wild species. Probably the best things we could do would be to lay off some species indefinitely.

Look at Atlantic Cod. We have been in a commercial moratorium for that fishery since the '90s, and it's still not a commercially viable fish. If we want to continue to consume seafood, we need to grow fish.

How Can I Help?

Overfishing and pollution are problems because they damage marine ecology and biodiversity. You can help combat the issue of growing ocean waste by choosing products that won't end up in our waters. These include reusable bags, bottles, straws, and eco-friendly six pack rings. For all of your sustainable, eco-promotional needs, please visit Custom Earth Promos.