What to Do When You Find Yourself Experiencing Eco-Anxiety

What to Do When You Find Yourself Experiencing Eco-Anxiety 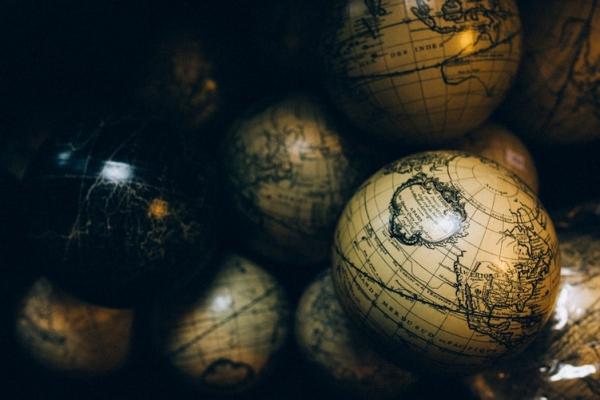 The headlines detailing extreme weather events seem to be more frequent than ever! Your social media feed might be full of record setting temperatures. Unfortunately, some people in power are still denying not only the full impact but also the existence of climate change itself.

The reactions to this haven't been very sunny. An academic paper on climate change was published and quickly went viral, with some reports suggesting it's been downloaded more than 110,000 times! Apparently it's so grim, it's resulted in readers seeking therapy!

It seems that this has begun to ring true. Overwhelmed by the magnitude of the issue and mindful of their position as just one person on a planet of billions, some people have begun to panic and also feel powerless. This has led to what is being called "eco-anxiety." Described by Psychology Today, eco-anxiety is "a fairly recent psychological disorder afflicting an increasing number of individuals who worry about the environmental crisis."

No stats are available on the prevalence of eco-anxiety, but experts have noted increases in public anxiety around climate change.

"We can say that a significant portion of people are experiencing stress and worry about the potential impacts of climate change, and that the level of worry is almost certainly increasing."

Susan Clayton, Professor of Psychology and Environmental studies at The College of Wooster, Ohio & Co-author of 2017 report "Mental Health and Our Changing Climate: Impacts, Implications, and Guidance"

Eco-anxiety is not yet in The Diagnostic and Statistical Manual of Mental Disorders, the guide book American mental health professionals use to make diagnoses; however, the American Psychological Association published a report back in 2017 that detailed the impacts of climate change on mental health. It referenced the term "eco-anxiety," which the glossary described as "a chronic fear of environmental doom."

The report described the source of stress as "watching the slow and seemingly irrevocable impacts of climate change unfold, and worrying about the future for oneself, children, and later generations." It added that some people "are deeply affected by feelings of loss, helplessness, and frustration due to their inability to feel like they are making a difference in stopping climate change."
Do your part in making a difference in stopping climate change by purchasing your promotional items from Custom Earth Promos.

It's not a huge surprise. It's hard to read last year's landmark report from the UN Intergovernmental Panel on Climate Change (IPCC) which called for "urgent and unprecedented changes" to achieve a 45 percent reduction in carbon emissions by 2030—only 11 years from now—without feeling some degree of uncertainty. That's the minimum we need to do if we want to keep the increase in global warming small—2.7 degrees Fahrenheit (1.5 degrees Celsius.) Anything beyond this, the report warns, leads to catastrophic results that include flooding, extreme weather events, droughts, and famine!

"It's a line in the sand and what it says to our species is that this is the moment and we must act now...I hope it mobilises people and dents the mood of complacency."

"I've noticed a great increase of clients needing to talk about eco-anxiety since the IPCC report at the end of last year. Mostly, they are in need of talking it through with a therapist who is knowledgeable about the issues. I think it's a massive thing to live with the suspicion that (as some of my younger clients have said) 'We're completely screwed.' I suspect it might be part of the reason for binge-drinking epidemics, and other addictions, for example. There is a general feeling that the future is so uncertain and it's extremely hard to live with."

"...noticed an increasing number of clients expressing anxiety over the state of the planet, and indeed it's survival."

Among eco-anxiety sufferers, the mood is of frustration rather than complacency.

In a documentary on BBC Radio 1 about eco-anxiety, Manchester resident Sam Johnston had this to say:

"When you go to sleep, but you start thinking about everything—the state of the planet, really, and the potential future of it—and knowing that there's only so much you can do as one person. I think that's the anxiety—because you just feel a bit powerless in it all."

It even affects professionals. Marine Biologist Tim Gordon, from the University of Exeter, in Exeter, England, takes trips that many could only dream of! He studies life in incredible places, the Great Barrier Reef in Australia and the middle of the Arctic Ocean among them. Unfortunately, these trips come with a twinge of sadness.

"...what we find is that we're documenting the rapid decline of these places. A lot of the time, you're kind of numb to it. You've spent so many months doing it and you just get on with it—you know, you've got a job to do. But then occasionally, for no particularly good reason, it'll strike—you just float into the middle of the water, look around you and think: 'Wow, it's all dying.'"

"Recently, I'm struggling to fall asleep naturally. I probably get a bout of heart palpitations, like, once a year."

If you're feeling like you might be developing eco-anxiety yourself, don't worry. This isn't just another article about the subject. There are things you can do to combat it.
Combat some of the plastic in the ocean with a reusable water bottle.

Scientists such as Owen Gaffney co-authored a paper detailing achievable steps and suggestions for governments, businesses, and individuals to change their behaviors to slow warming. He believes that people should not feel hopeless about the situation. Individual choices can have a positive impact on the environment.
Make the choice to stay away from single-use plastic with reusable shopping bags.

"Eco-anxiety is the right response to the scale of the challenge. But I am an optimist. We live in an age where individuals have more power than at any time in history. Look at your sphere of influence—employer, networks, family—and influence them. We don't need to convince 100 percent of people, only 25 percent, then an idea can go from marginal to mainstream. The science is loud, clear, and simple: we need to halve global emissions of greenhouse gasses by 2030. All the solutions exist to do that, and if we implement them then more people will be living in cleaner cities; eating healthy diets; and working in resilient, buoyant economies. "

"I totally understand why people might feel powerless in the face of climate change. It feel like anything you do is totally insignificant compared to the scale of the challenge we face. And it's true that political leaders and big businesses bear the bulk of the responsibility."

While acknowledging this, Geere outlines three things you can do as an individual to help make a change and reassert control over your feelings.

"Firstly, make climate change a factor in the decisions you make around what you eat, how you travel, and what you buy. Secondly, talk about climate change with your friends, family, and colleagues. Finally, demand that politicians and companies make it easier and cheaper to do the right thing for the climate."

"I'd be lying if they said that there wasn't a lot of time when you think, 'Why do we bother?' But, when you sit down, chat to other scientists and have a bit of a think about it, you realize that there's a huge amount that we can still do. Yes, these places are in trouble. But it's in our power to protect what's left and make a meaningful difference. And that's why we do this. That's why we carry on."