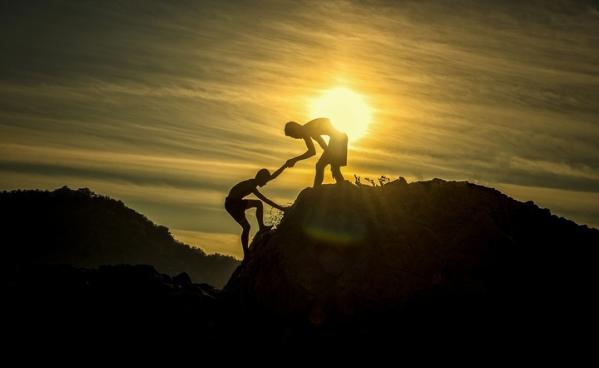 Sure it's been a rough year for the planet. Earth permanently passed a climate threshold of no return, it was the “worst year ever” for rhino poaching, chunks of polar sea ice disappeared from Antarctica – and yet another oil spill occurred in the Gulf. A recent United Nations report also unveiled water shortages, deforestation, and a continuous rise in carbon dioxide emissions.

But with the bad comes the good, and the environment definitely had some big wins this year among the losses. Here's a look at some of our favorite environmental achievements from 2016.

The Paris Agreement Was Signed

Though the Paris agreement was initially drafted in 2015, it wasn't until April 22, 2016, when it was officially opened for signature. To date, it has been signed by 193 parties and ratified by 114.

Our favorite moment from it all, was the breakthrough when the U.S. and China – the world's biggest emitters of greenhouse gases –formally ratified the agreement.

Renewable Energy Had a Record Year

For the first time, renewables (excluding large hydro) represented the majority of all technologies installed in 2015. More gigawatts of power were produced from wind, solar, and other clean energy sources than from fossil fuels such as coal or oil – an achievement that was eventually reported on and recognized in 2016.

With this news, we also saw an increase in solar installments, especially in California. Meanwhile, some countries were flaunting their full dependency on renewable resources. Costa Rica for instance, announced they were running on 100% renewable energy for more than two months straight.

But perhaps our favorite moment from the renewable energy breakthroughs this year, and one of the biggest environmental achievements from 2016 was when Elon Musk – the king of innovation – unveiled a new solar roof that is not only eco-friendly but stylish, too. As solar roofs gain popularity, it won't be long until the planet reaps the benefits and sees a reduction in CO2 levels.

Who could forget the moment when France became the first country to say goodbye to plasticware for good? Though the new law won't go into effect until 2020, this revolutionary movement sent a powerful message to the rest of the world.

Our favorite moment was seeing the domino effect it had on other countries and governments. Since France's announcement of the ban, Hawaii and California have banned plastic bags, and other states and governments are looking to do the same.

In case you missed it, here's a recap of some other big environmental achievements from 2016:

Do you have any environmental achievements or favorite moments from 2016 to share? Tell us about them in the comments below.